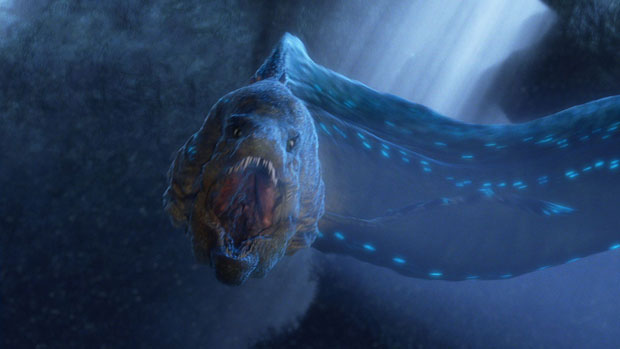 My mind went lazy in an instant. I could feel it go all slippery and slimy, I could feel it twisting and turning and ducking like a sneaky, low-life kind of a thing desperate to avoid any sort of trouble or difficulty. I could feel it turn all sleazy and rotten. My mind was a big powerful eel writhing around deep down in the murk. It was a monster eel – immensely powerful but at the same time terribly, terrible lazy. It had become sick with laziness, infected and infested with it.

Usually this bottom-dwelling eel creature was more or less asleep, floating somnolently somewhere at the bottom of the lake, twitching from time to time. In this sleeping mode it functioned by automatically prompting me to side-step issues and tell little lies without even thinking about it, without me even noticing what I was doing. I lied in this way without knowing it, under its expert prompting. It encouraged me to take the easy way out every time, and I obeyed its encouragements. I was only to happy to go along with its suggestions. Its influence was easy to overlook, even though I had grown to rely on it.

But now it had awoken out of its slumber. It was going crazy, thrashing around inside me. It had taken over my mind completely. I could sense it, feel its vile appetites, smell the loathsome horrible stink of it. I could actually see it. And what a filthy thing it was! It sickened me – it repelled and revolted me. I caught sight of it’s big thick head with those tiny vicious eyes that looked out at the world in such cunning, calculating, ruthless kind of a way. It was a horror.

I knew at that moment that I hated this slippery writhing disgusting piece of dead-but-alive conniving demonic eel-meat more than I had ever hated anything. I wished that I could drive a six-inch steel blade right into its big blunt slimy head, watch it coil around itself in agony, watch it try to twist itself free from the steel as I drove the knife deeper and deeper in. I wished I could pulverize with an iron bar. Beat it and beat it and beat it until there was nothing left but pulped skin and flesh.

My hatred for the eel-mind took me over completely. It possessed me. I was sick with it, corrupted with it. I was like a monster myself.

And then I realized that this dirty sickening loathsome dead-but-alive stinking grinning demonic eel-monster which was writhing around in my mind like a rotten disgusting mad thing was actually me. It had been me all along. I had been pretending that it wasn’t.