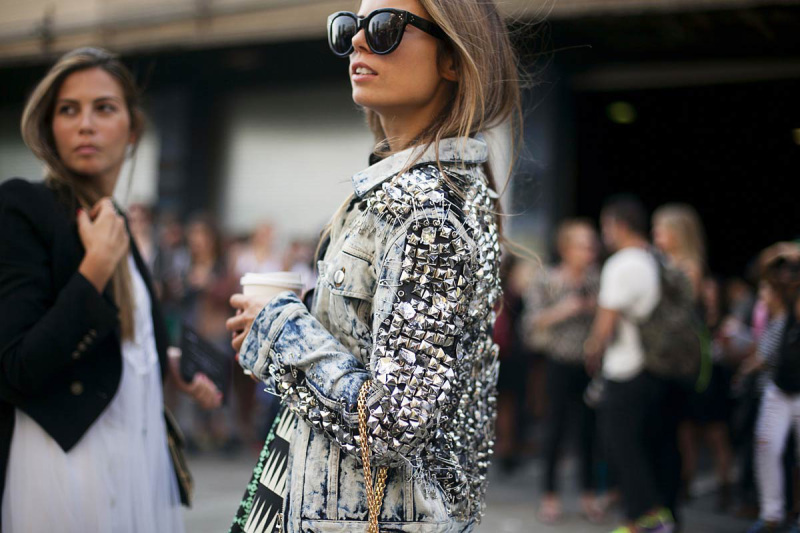 I had got myself a doughnut from the bakers and a take-away coffee from the café by the train station. I didn’t want to go into the café – it was smoky and crowded and I seemed to have developed a dread of confined spaces.

Besides which, it was turning into a fine, sunny morning.

The shoppers were already out in force, in their summer attire. The pedestrianized high street was full of them. How did they all know it was going to be such a hot day, I wondered. It had been miserably cold earlier in the park. Was it summer already?

For some reason this came as a surprise to me. I felt sure it was too early in the year to be this hot.

Had they perhaps seen the forecast in the TV the night before? How did they know that the forecast would be right? There must be an explanation somewhere.

What was it? Had I lost two months of memory?

I watched the shoppers go by in a slightly bemused fashion. I had never before noticed how sleek and immaculately dressed people were when shopping. Especially the women with their perfectly styled hair and glossy magazine faces. They all looked like fashion models.

How do they do it? I marvelled. How they all get to look so perfect? No one I knew looked like that.

Where were the less-than-perfect shoppers?

Had the human race been transformed over night into a parade of fashion models? I was sure people didn’t usually look like this.

I became self-conscious. I knew instinctively that I didn’t look like all the people I saw around me. I had cleaned myself up of course, and had discarded my blood-stained and torn jacket. In comparison to everybody else though I still felt distinctly grubby, untidy – almost dilapidated. I knew that there was something not right about me. I felt psychically damaged in some way. I was blemished, tainted, marked. I wasn’t sure if this was a feeling that I had inside but that no one else knew about, or if it was something tangible, something real, something on the outside that everyone could see.

What was it about the women shoppers that made them look so inhumanly perfect, I wondered?

Was it some sort of anima projection?

Where unconscious archetypes interfering with my perception of reality?

That was an interesting thought.

But what would be the trigger?

The cider I had drunk earlier? Had there been something in it? Had I been spiked by the men in the park? One of the rarer hallucinogens – harmaline or elemicin perhaps. I was fairly confident that it wasn’t LSD, DOM, DMT, mescaline or psilocybin as I had researched these drugs thoroughly. It was something quite subtle.

Or was it perhaps the result of the blow to the head from last night?

Maybe I was suffering from concussion.

I noticed that everywhere I looked things seemed gaudier, brighter, shinier, fresher. The air looked thick, prismatic in nature, full of barely perceptible sparks of light. I could almost imagine that I could see swirling shapes here and there. Shapes that gathered above me and then dispersed again just as quickly as they had formed. I felt as if I was seeing through into another world – a subtler, more spiritual realm. A realm in which astral beings moved with unearthly grace, communicating telepathically with each other as they went.

With a flash of insight I realized that I was experiencing a glucose rush from the coffee and doughnut that I had just finished a minute ago. Nothing more than this.

My blood sugar levels would have been at a very low level due to general exhaustion and shock, as well as from not eating. I couldn’t remember the last time I had eaten.

My brain cells were reacting the sudden influx of the precious sugar molecules and the effect of this was an intense, if transient, feeling of well-being. Colours seemed brighter, and so on. I wondered if one could perhaps call it a type of ‘sensory euphoria’.

Or maybe I was barking up the wrong tree entirely I then considered, suddenly doubting myself. Maybe it was nothing of the sort. I tried to be more balanced in my thinking. Come up with some kind of reasonable hypothesis.

‘The curse of the analytic mind’ I told myself with ironic amusement. If I had any sense, I would just go with the flow. Accept things for what they were. Take life as it came. Relax a bit and maybe even enjoy myself.

Maybe I could, for example, venture into a newsagents and see if I had enough money left to buy a small writing pad to take down a few notes. Get my thoughts down on paper.

Instead of just standing there in the middle of the busy shopping street like the village idiot.