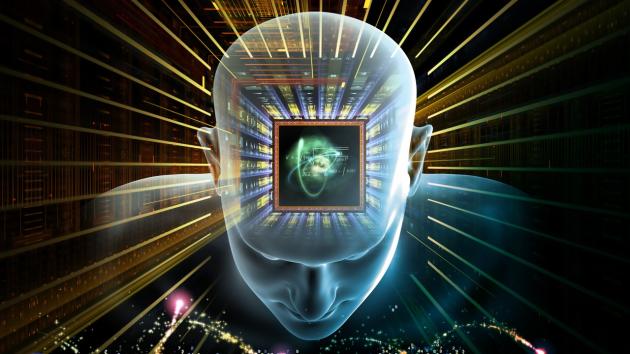 “I remember when all of this was the singularity,” I informed my companions, although none of them seemed particularly impressed to hear this. “Things have changed a lot since then….” I continued, warming to my theme. “Look at all this,” I said, gesturing broadly to indicate the rows of houses, the cars parked along the side of the street, and the little Centra shop on the corner. “All of this used to be the singularity.” My companions continued to listen to me, not out of interest and not I think out of politeness either. Mainly it was because no one else had said anything. No one else had anything to say. It was that kind of a day – it was a slow kind of day and everyone seemed lethargic, listless, lacking in any kind of vital energy. I had to make the most of my opportunity. “Look at all of this bullshit”, I stated grandly, gesturing broadly again to indicate everything that we could see. All of this used to be the singularity, not so long ago. Well, quite long ago really I suppose.” I paused to let my words sink in. “All of this stuff… Everything around us. All the singularity. All the singularity. All of it. As far as the eye can see…” There was silence. The kind of listless silence you get when no one can be bothered to say anything. “So what did you use to do back then,” someone asked, in bored tones, “back when all of this was the singularity?” I was keen to take this chance to tell my story. “Well you see,” I started out, and then trailed off again because I realized that I didn’t have a clue what I was going to say. I realized that I didn’t actually know what the hell I was talking about. I didn’t want to waste the opportunity now that I had everyone’s attention however and so I started to make stuff up, hoping that no one would notice. I started ad libbing. Improvising. “Well suppose you wanted to score some hash,” I said, “some reefer, some weed, a bit of ganj, or whatever. Well you see that was no problem at all you see because the singularity contained everything in the entire universe in one single totality point and that included all the hash and reefer and weed and ganj. Every last bit of it. All right there, no need to go anywhere to get it, no need to go off trying to score and hoping that the guy was in. Or even if he was in he could have sold out of stuff. Or maybe there’s no gear in town for some reason. And then even if you did manage to score you might get busted on the way home. Or you might get sold a load of duff gear and not realize until later. You see what I’m saying? But the point is that we didn’t have to worry about that back in the singularity. We didn’t have to worry because all the gear in the entire universe was right there all concentrated in the one totality point and not just all the gear but also all the acid and all the mescaline and all the peyote and all the Mexican mushrooms and DMT and whatever else you might want… Man we were wasted out of our minds back then in the singularity. You wouldn’t believe how wasted we were…” The guy who had asked the question originally didn’t sound too impressed. “But if all the weed and peyote and good shit in the universe was in the singularity then all the bad shit was too like cyanide and dioxin and toxic waste and untreated sewage. Plus bed-bugs and crab-lice and intestinal parasites and every disease there is. Plus all the drug squad and all the police and prison officers and judges in the entire universe. Plus all the scumbags and arseholes and psychos. So what’s so great about that? The police would be busting you every day. They’d be crawling up your ass. Sounds like a load of bollocks to me…” “Well that’s kind of the point,” I countered lamely, “that the singularity has got everything in it. But the thing is that it’s not as bad as it sounds. It’s kind of paradoxical, if you get what I’m saying. It’s a kind of mystical state…” I was running out of conviction at this point, not sure exactly what it was that I was saying. No one else seemed sure on this point either by the looks on their faces, and I got the feeling that they also didn’t care. It was clear that the moment was lost. People’s attention had drifted elsewhere, onto what I considered to be trivial matters. I felt disgruntled – people these days just had no interest in how things used to be.