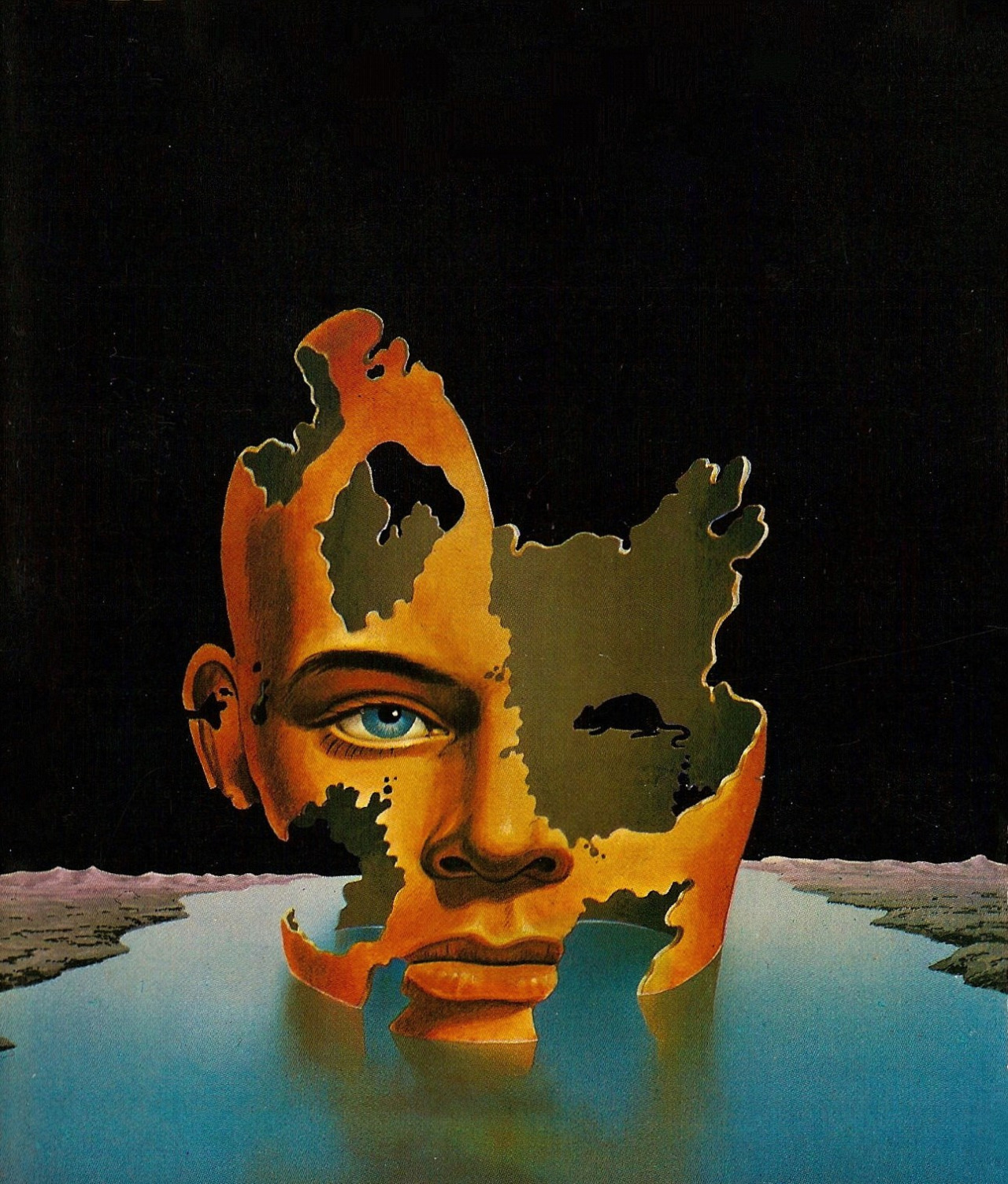 I don’t know how to put this but there are things that own us. Not very nice things either. Is there a right way to say this? There’s no point getting too fancy about it – might as well say it right out the way anyone can understand it without trying to build up to it or beat around the bush. There are things that own us and they’re not very pleasant things either. Not pleasant at all, if you get my drift.

The fact of the matter is that you can say it any way you want and it won’t make any difference. It won’t make any difference because no one will believe you. If there’s one thing you can’t tell people it’s this. They just won’t have it. That’s a funny thing, come to think of it – people will happily believe in any nonsense at all, but they won’t have this. They’ll believe any nonsense going without turning a hair; they’ll queue up to believe any old crap but they won’t hear any talk about the rotten dirty filthy old things that own us. They won’t have that at all. By god they won’t.

I’m not talking about aliens or secret societies or anything like that. I’m talking about things – shapeless, rotten old things that hide in the shadows at the back of our minds. You’d never spot them, no matter how carefully you watched. Even if they came right out into the open in broad daylight you wouldn’t spot them. There’s nothing to see! There’s nothing there. These dirty rotten old things that own us don’t even really exist. They are shadows. They are less than shadows – shadows have more substance, more of a right to exist than the ‘things’ of which I speak. The things. The things. The horrible vile repulsive things. Something in me recoils when I bring them to mind. I do not want to witness the horror of these things. I would rather not talk of them. And for sure – as I have said – no one wants to hear me. People are so very keen not to hear any such talk as this. And as for me, I wonder why I can’t do the same as everybody else and pretend that I don’t know about them. Things? What ‘things’? I don’t know about any ‘things’…

But I can’t pretend. I can’t let this rest. I have to persist – I have to bring it out into the open, no matter what the reaction. I know people will laugh at me. I know people will feel unaccountably superior to me and conspire to make me feel like a fool, that I am some sort of an idiot for going on like this. I know another thing too. I know that if people laugh at me then that is because the things are making them laugh. I know that if people feel superior then it is because the dirty filthy rotten things are causing them to feel clever and superior so that they can manipulate them. People are so shockingly easy to manipulate – if fear won’t do it then flattery will. Cause a person to feel clever and superior and this cheap feeling will prove so attractive, so valuable, that they will never look beyond it.

These things rule us all. They make no distinction – man or woman, young or old, it’s all the same to them. They couldn’t care less – it makes no difference whether you’re the president of the United States or a bum in the street – the same old tricks work for us all. We’re all fodder. We all belong to the things.

So just what are these rotten dirty filthy old things? What’s the story? If they aren’t aliens and they aren’t to do with secret societies or anything like that then what the hell are they? It’s kind of weird really I guess but what I think is that we make them. These things are stuff that we have done over and over again. We’ve done this stuff so often that it calls for us to do it again. It keeps on calling and we keep on doing it. Whatever ‘it’ is. It doesn’t really matter what ‘it’ is – it’s just stuff. Any old stuff. It could be what we’ve done or what we’ve thought or what we’ve said. It could be ideas or thoughts that we’ve had. It’s just stuff, when it comes down to it. Its stuff that we’ve done so much that it now has a magnetic power over us. What we’ve done (or thought) owns us. It calls us and we come running. It tells us what to do and we obey. The things are patterns that we have set up, patterns that are engrained in us. They are patterns that we have repeated so often, so habitually and so mindlessly that we have no choice but to keep on repeating them over and over again…

These ‘things’ that control us are our ‘dirty secret’. The dirty secret is that the patterns – the stuff that we do – are absolutely pointless. The patterns are sterile – as sterile as sterile can be. No desert, no wasteland was ever so sterile as these patterns. Of course they’re pointless, of course they’re sterile. They were probably pointless and sterile the first time we did them, never mind the zillionth time. How pointless are they now? How empty are they now? It probably wasn’t worth doing the first time, never mind a million million times. It was even crap the first time… I don’t know what you’d call it. It’s perverse. It’s unwholesome. It’s evil, is what it is. You want to know what evil is? It’s what I just said. It’s these dirty things that control us.

All we ever do is what the dirty horrible old things want us to do. That’s all we ever do. We don’t have any interest in doing anything else. The things own us.